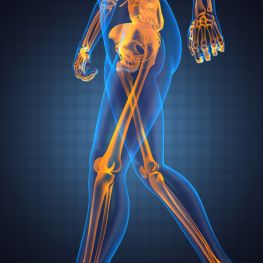 The Anterior Cruciate Ligament (ACL) is one of the most important of four strong ligaments connecting the bones of the knee joint. It holds the bottom of the thigh bone (femur) to the top of the shin bone (tibia) so that it keeps the knee joint stable. The ACL is the most commonly injured ligament in the knee.

ACL Reconstruction is a surgical tissue graft replacement of the ACL located in the knee. The torn ligament is removed from the knee before the graft is inserted using an Arthroscope and is then fixed to the femur and tibia.

Artificial Disk Replacement is a surgical procedure in which degenerated intervertebral discs in the spinal column are replaced with artificial ones in the lumbar (lower) or cervical (upper) spine. The procedure is used to treat chronic, severe low back pain and cervical pain.

An arthroscope is a narrow tube with a light source attached to a tiny video camera, which transmits pictures back to a TV monitor. The arthroscope is passed through a small incision in the skin (arthroscopy is a keyhole procedure) and then used to light up and magnify the joint, so the surgeon can see any damage.

Arthroscopy can be used to investigate conditions such as arthritis, symptoms such as pain or joint weakness, and damage to cartilage or ligaments. Small instruments can be attached to the arthroscope to take a biopsy sample or to cut, trim or remove any loose fragments of tissue, bone or cartilage.

Arthroscopy is most often used to examine the knee joint, but techniques have been developed for using the procedure to examine other joints, including the shoulder, hip, ankle, wrist and the small joints of the fingers.

Carpal tunnel syndrome (CTS) is a relatively common condition that causes pain, numbness and a burning or tingling sensation in your hand and fingers.   The carpal tunnel is a small tunnel that runs from the bottom of your wrist to your lower palm.   Several tendons that help to move your fingers pass through the carpal tunnel.   In cases of CTS, the space inside the tunnel shrinks, placing pressure on the nerve. Compression of the nerve results in symptoms of pain and numbness.

The surgeon will cut some of the ligament that surrounds the carpal tunnel in order to reduce the pressure.
There are two ways that carpal tunnel surgery can be carried out:

Golfer’s Elbow is similar to Tennis Elbow. The primary differences between these conditions are the location of the pain and the activity that leads to the injury.

However, both conditions are caused by the overuse of the muscles and tendons of the forearm, leading to inflammation and pain around the elbow joint. The main symptom of Golfer’s elbow is pain on the inner side of the elbow. The medical name for Golfer’s elbow is Medial Epicondylitis The main symptom of tennis elbow is pain and inflammation on the outside of the elbow. The medical name for tennis elbow is Lateral Epicondylitis. The operation involves removing the damaged part of the tendon in order to relieve the symptoms of pain. 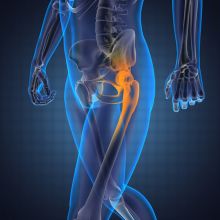 A Hip Replacement is the most effective treatment as a long term solution for joint pain and immobility. The surgery procedure involves replacing your hip joint with an artificial version.

The hip is a “ball and socket” joint which is susceptible to daily wear and damage.

This can be caused by various forms of arthritis (most commonly osteoarthritis), bone diseases, bone abnormalities, and any injuries to the hip joint.

Unfortunately in patients who have a hip problem, the pain and discomfort for the patient will usually only get worse over time.

A hip replacement operation to alleviate the pain and to increase the movement and mobility for the patient is normally the best treatment option.

The operation replaces both the natural socket (the Acetabulum) and the rounded ball at the head of the thigh-bone (the femoral head) with artificial parts. These parts replicate the natural motion of the hip joint.

This is known as metal-on-metal hip resurfacing and it involves replacing the diseased or damaged surfaces in the hip joint with metal plating, which requires less prosthetics and less bone removal. This is a type of Hip Replacement which replaces the two surfaces of the hip joint.

Hip resurfacing can be considered for people with advanced hip disease. Resurfacing is likely to last longer than a conventional replacement joint.

The resurfacing components are made of “As Cast” Cobalt chrome which results in a high quality surface with a low friction finish, hence low wear.

Hip Revision surgery, also known as Revision Total Hip Arthroplasty, is a procedure in which the surgeon removes a previously implanted artificial hip joint, or prosthesis, and replaces it with a new prosthesis.

Hip revision surgery has three major purposes: relieving pain in the affected hip, restoring the patient's mobility, and removing a loose or damaged prosthesis before irreversible harm is done to the joint. 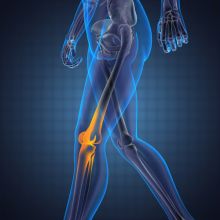 A knee replacement operation involves replacing a damaged, worn or diseased knee with an artificial joint.

Knee Replacement is a routine operation for knee pain most commonly caused by arthritis and is usually necessary when a health condition or injury to the joint disrupts the normal working of the knee so that you mobility is reduced and you experience pain in the knee even whilst resting.

Modern knee replacements involve removing the worn ends of the bones in your knee joint and replacing them with an artificial version which is known as a Prosthesis.

In a total knee replacement both sides of your knee joint are replaced.

If only one side of your knee is damaged, you may be able to have a partial, half-knee or unicompartmental knee replacement.

Knee Revision Surgery, also known as revision total knee arthroplasty, is a procedure in which previously implanted artificial knee joint, or prosthesis is removed and replaced with a new prosthesis.

Knee revision surgery may also involve the use of bone grafts.

Knee revision surgery has three major purposes: relieving pain in the affected hip, restoring the patient's mobility, and removing a loose or damaged prosthesis before irreversible harm is done to the joint

The Meniscus is a commonly injured structure in the knee.
Surgery will be done to remove or repair the torn portion of the Meniscus.

Surgeons use an arthroscope during surgery to perform this procedure.

Small incisions are made in the knee to allow the insertion of the camera into the joint.

This is a procedure to take out a damaged portion of the meniscus.

Where possible surgeons prefer to repair a torn meniscus rather than removing even a small piece.

Surgeons sew the torn edges of the meniscus together. It is more suitable for younger patients who have a recent tear.

A Shoulder Arthroscopy is a minimally invasive surgical procedure used to investigate, diagnose and treat a shoulder disorder.

There are 2 types of Shoulder Arthroscopy:-

The shoulder is a ball and socket joint.

The shoulder 'socket' is shallow to allow a greater range of movement at the cost of bony stability.  Shoulder joint replacement can be: 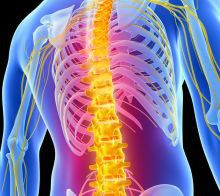 Back surgery is normally done to relieve pressure on one or more of the nerves running between the vertebrae.

The spine (backbone) is made up of vertebrae (bones) which are linked together.
There are various types of Spinal surgery and the type of procedure you have depends on the cause of the pain: